Allah subhanahu wa ta’ala chooses some of His special servants to help the humanity and to spread the true message of His Deen. Ustadh al-Ulama wa al-Muhadditheen, Shaykh al-Hadith wa at-Tasawwuf, Allamah Muhammad Imad Uddin Chowdhury Fultali, no doubt, is one of them. He carries the inheritance of Wilayah (sainthood) by birth, as both of his father and mother were great Sufis of their time.

Allamah Muhammad Imad Uddin Chowdhury Fultali was born in 1947 at the village Badarpur of Karimganj District in India (In his maternal grandfather’s blessed house). His blessed father is Hadhrat Allamah Abdul Latif Chowdhury Fultali (R.A), a very well-known Sufi saint and great scholar of Indian Sub-continent, who is a descendant of Shah Kamal (R.A), one of the prominent companions of Shah Jalal Yemeni (R.A). His mother is Khadija Khatun, who is the blessed daughter of Qutb al-Aqtab, Shah Sufi Abu Yousuf Muhammad Yaqoub Badarpuri (R.A), a prominent Sufi saint in India.

Allamah Muhammad Imad Uddin Chowdhury Fultali completed his Masters in Hadith (Kamil) followed by Masters in Arabic from the Madrasah-e-Alia Dhaka and diploma in Urdu from the same institution (under University of Dhaka board). He also graduated in B.A (Bangla Literature) from Sheikh Burhan Uddin College, Dhaka.

His parents’ influences on his life:

His life has been deeply influenced by his father’s teaching and spirituality since his childhood. He followed his father’s footstep in serving the humanity by helping the needy, vulnerable and disadvantaged people. He also has dedicated his life in teaching Qirat and the Islamic sciences (Ulum al-Deen). His noble mother Musammat Khadija Khatun (R.) used to live an ascetic lifestyle which also influenced Shaykh Allamah Muhammad Imad Uddin Fultali to refrain from worldly enjoyment and dedicated his life in the service of the creation of Allah. His maternal grandfather Shaykh Muhammad Yaqoub Badarpuri (R.) was well known for his generosity, so much so that he became famous by the name of ‘Hatim Ali’ referring to the great historical personality ‘Hatim Tai’.

His participation in various Khidmats:

Also, he is the author and translator of numerous Islamic books which are helping the ummah to reshape their life in the way of the Quran and Sunnah.

Founded by Allamah Abdul Latif Saheb Qiblah Fultali, the trust has become one of the largest institutes in the world for teaching the Qur’an recitation. This institution of teaching Qirat and Tajweed has over 2500 branches in Bangladesh and abroad. Allamah Imad Uddin looks after all administrative activities of the trust. He directly controls examinations and teacher recruitment process, approves and supervise audit programs of all branches as the secretary general of the trust.

Allamah Abdul Laftif Fultali founded an orphanage named “Latifiah Etim Khana” in 1972, and assigned his eldest son Allamah Imad Uddin to operate this orphanage. Since than Allamah Imad Uddin is leading this orphanage very smoothly. Now this is the shelter of more than two thousand orphans (boys and girls) and they are nurtured under his tutelage and care.  Besides regular education, orphans receive various kinds of training and facilities in this orphanage; including sewing training, driving training, IT training etc. The orphanage has its own transportation, medical system and sports facilities.

Allamah Imad Uddin Chowdhury Fultali is also the founder and chairman of Yaqubia Hifzul Quran Board. This board guides and looks after hundreds of Hifzul Qur’an Madrasahs, train the Teachers and make sure the qualities of Hifz among the students.

Shaykh Allamah Muhammad Imad Uddin Chowdhury Fultali started his journey in serving the humanity from his childhood by the direct influence and inspiration of his blessed father Allamah Fultali Saheb Qiblah (R.A). Allamah Fultali (R.A) established various projects in Bangladesh to improve the welfare and wellbeing of humanity. He spent a notable part of his life and a huge portion of his wealth for the sake of human welfare. This is a legacy carried on by his eldest son Allamah Imad Uddin Chowdhury Fultali. Every time he took a new initiative, he requested his beloved father’s permission and du’a; Allamah Abdul Latif Chowdhury Fultali (R.) always encouraged all the noble causes by supporting him morally and financially. These projects then become larger with the help of generous people from across the globe. Allamah Imad Uddin Fultali has amalgamated all the charitable projects under the name of ‘Latifi hands’. Through his guidance and supervision, the services of the organisation to the needy are growing rapidly.

As the successor of Shaykh Allamah Fultali Saheb Qiblah (R.A), Shaykh Allamah Imad Uddin guides and looks after the followers of the Tareeqah by giving them regular Ta’leem and Tarbiyyah. He visits regularly in different part of Bangladesh and abroad giving Da’wah and calling people to the path of Allah and following the Messenger of Allah Sallallahu alaihi wa sallam. He hold regular Khanqa (spiritual gatherings) Mahfils in order to help the Murideen in their spiritual journey to Allah Subhanahu wa ta’alaa.

We pray to Allah to accept the efforts of Shaykh Allamah Imad Uddin Chowdhury Fultali and grant best rewards to him. 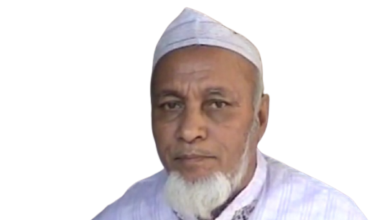 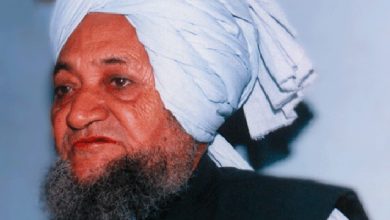 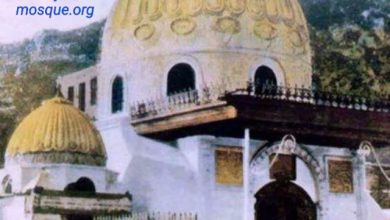 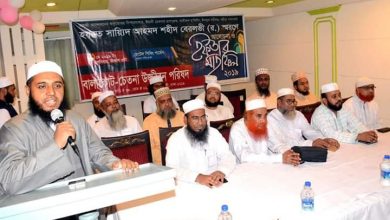